Despite their love for each other, young and beautiful Séverine Serizy and her husband Pierre have a problem. Their sexual life is restricted. Although frustrated by his wife’s frigidity, he respects her wishes to lead her own life which is filled with sexual fantasies. A friend of theirs, Henri Husson, expresses a desire for Séverine, but she rejects him. At a later encounter, Husson mentions a high-class brothel to Séverine, probably thinking that might be a way of seducing her. Haunted by memories of being molested during childhood, Séverine visits the brothel run by Madame Anais. Madame Anais takes her on and names her Belle de Jour. Séverine works from 2 PM to 5:00 PM servicing clients returning each evening to her unsuspecting husband. Séverine becomes involved with Marcel, a jealous gangster, who urges her to leave her husband. Séverine refuses. Marcel waits for Pierre to return from work and shoots him three times. Pierre miraculously recovers but is in a coma. Husson visits Pierre and tells him about Séverine’s secret life. Pierre starts to weep. A bereft Séverine tells Pierre she is thinking of him. Despite her sordid past, she loves Pierre.

Luis Bunuel’s elegantly surreal film about a bored housewife and part-time sex worker offers a shrewd, scabrous commentary on social and gender relations. Above all, the film is a shrewd commentary  on the hypocrisy of social relations and sexual politics. A strange and captivating film.

Pervading the film, usefully enough, are not the enticements of sensuality but the sadnesses of a society in which love and sensuality are seen too seldom as a unity and too frequently as a mutually destructive tangle.

Emmi, a 60-year-pld window-cleaner and a widow in Munich, enters a bar to get out of the rain. With the jukebox playing music…

END_OF_DOCUMENT_TOKEN_TO_BE_REPLACED

Janne is an unemployed thirty-something publishing professional who encounters an old friend, Robert. He offers her a job…

END_OF_DOCUMENT_TOKEN_TO_BE_REPLACED 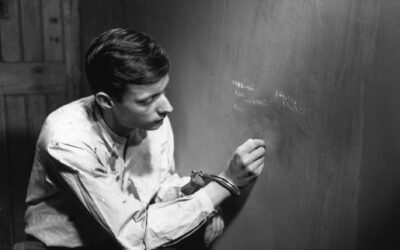 Lieutenant Fontaine, a French resistant fighter during World War II, is captured by the Nazis and imprisoned…