The small country of Freedonia is bankrupt. The very wealthy Mrs. Teasdale agrees to provide financial assistance on condition that her friend, the zany Rufus T. Firefly, is appointed its leader. To make matters worse, neighboring Sylvania is attempting to annex Freedonia. Sylvanian ambassador, Trentino recruits Chicolini and Pinky, to be spies and dig up dirt on Firefly. They fail. Meanwhile, Firefly’s assistant, Bob Roland is aware of Trentino’s devious plans and advises Firefly to get rid of him. The plan backfires when Firefly slaps Trentino. As a result, the two countries go to war. Firefly start throwing fruit at Trentino. Trentino surrenders, but Firefly asks him to hold off surrendering until all the fruit is gone. Mrs. Tisdale begins to sing the Freedonia national anthem. Firefly and his aids now throw the fruit at her. Crazy, right? But it is a Marx Brothers film.

Despite its luke-warm reception when it opened, Duck Soup is now seen as a classic political farce. American literary critic called the end of the film a great example of American art. The zaniness of the Marx brothers may not be for everyone. But for most viewers, the expression, “You can die laughing” surely applies to this film.

The plot sees Groucho playing Rufus T. Firefly, the populist revolutionary. But all this is secondary to a series of wildly elaborate set pieces—the mirror scene is perhaps the greatest physical comedy routine in slapstick history. Genius just about covers it.

The movie vaudeville of the Marx brothers was perhaps never so inspired, and surely never as brazen, as in this surreal satire of tinpot nationalism and political pomposity.

The Marx Brothers created a body of work in which individual films are like slices from the whole, but DUCK SOUP is probably the best… [Quoting the British critic, Patrick McCray]: “As an absurdist essay on politics and warfare, DUCK SOUP can stand alongside (or even above) the works of Beckett and Ionesco.”

When America faced a shortage of professional baseball players during World War II, Walter Harvey, the owner of the Chicago Cubs, decided to start…

END_OF_DOCUMENT_TOKEN_TO_BE_REPLACED 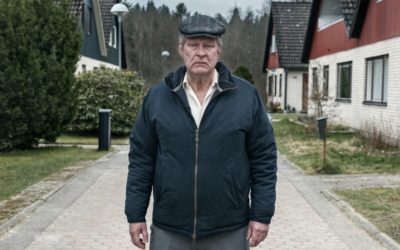