The past five years, 120,000 elephants have been killed for their ivory; today, one elephant is slaughtered every 20 minutes. At this rate, the African elephant will be extinct in 15 years. For 16 months filmmaker Kief Davidson and cinematographer Richard Ladkan went undercover infiltrating and filming  the corrupt global network of ivory trafficking. Meanwhile, a  crack team of intelligence operatives, undercover activists, rangers, and environmental preservationists roamed the African plains in Tanzania, Kenya, and Zambia and filmed what’s happening to the elephant population. The ivory from one elephant could fetch as much as $1,000 in Beijing, Hong Kong and Vietnam. The whole sordid and painful story, from the killing of the elephants to the selling of the ivory, is vividly described in this very upsetting film.

Critic Christy Lemire described the film as follows: “The vast aerial views of sprawling, dramatic wild lands and glittering urban skylines are breathtaking; the intimate images of elephants who have been cruelly killed and left to decay in the baking sun are heartbreaking, as is the sight of their loved ones surrounding them in silent mourning.” The massive poaching of elephants for their tusks thrives because of a booming market primarily in China. The slaughter can be stopped by one single person, President Xi Jinping. For now, he doesn’t consider this problem a high priority.

THE IVORY GAME is a documentary that plays with the gripping pacing and glossy values of a suspenseful, international thriller. Unfortunately, the story it’s telling is all too true—and relevant…

Sweeping, thoughtful and often wrenching, this elegy for one of the world’s most majestic animals deserves the attention that it is sure to receive.

The investigations by Richard Ladkani and Kief Davidson the directors, are perilous—activists in China must use hidden cameras to infiltrate the black market; law enforcement officers in Africa stage raids with guns and night-vision equipment; It’s dangerous work captured with sleek filmmaking. The stakes described in the film are immense, as is the sorrow over majestic creatures massacred only so that their tusks can be made into baubles.

If James Bond turned his attention to animal rights issues, he might find himself in the middle of this hidden war. From the wilds of Kenya, where the filmmakers visit scene after scene of mutilated elephant corpses, the movie tracks the problem to backroom dealings in China, where a single kilogram can sell for $3,000 on the black market.

This documentary is a celebration of the casting profession. Before the emergence of the super-star casting directors like Marion Dougherty…

END_OF_DOCUMENT_TOKEN_TO_BE_REPLACED

The filming of this documentary takes place in the underground tunnels beneath the town of Ghouta, located on the outskirts of Damascus. It has become the last-resort…

END_OF_DOCUMENT_TOKEN_TO_BE_REPLACED 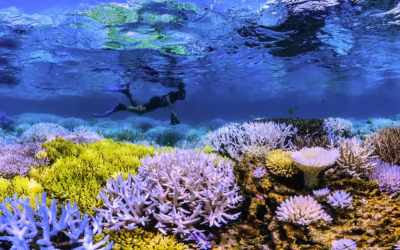 Coral reefs are the nursery for all life in the oceans, a remarkable ecosystem. However with carbon emissions warming the seas…

END_OF_DOCUMENT_TOKEN_TO_BE_REPLACED

Get weekly recommendations on the best TV shows and movies