Gil Pender and his fiancee Inez, are vacationing in Paris. Gil is an unfulfilled screenwriter struggling to complete his first novel. Gil loves and admires Paris and even hints at living there permanently. The materialistic Inez considers Gil a daydreamer and her goal is having a suburban home in Southern California. One night, as Gil is wandering the streets of Paris alone, a 1920s limo with passengers dressed in 1920s clothing, pulls up. The passengers urge Gil to join them. And so begins the flights of fantasy that will consume Gil. The group attends a party for Jean Cocteau and Gil is flabbergasted to see Cole Porter at the piano and F. Scott and Zelda Fitzgerald milling around. They next go to a club to hear Josephine Baker sing. The highlight for Gil is meeting his idol, Ernest Hemingway, at a nearby bar. When Hemingway hears Gil is working on his first novel, he arranges a meeting with Gertrude Stein, a woman with a keen appreciation for artistic talent. On subsequent nights Gil meets people he has greatly admired like Salvador Dali and Luis Bunuel. But all these fantasy adventures end his engagement with Inez. Gilultimately decides to stay in Paris. When his lovely friend Adriana confesses she regrets not living in the past, during the Baroque period, Gil sees the light. He comes to the realization what this is all about. It’s common; it’s natural. Don’t we all think the past was always better than the present?

Most of us, at one time or another, pine for the past. Remember the  saying, “Oh, for the good old days?” We often feel life was far better “back then.” But is this really the case? Such is the theme of the wonderfully inventive film Midnight in Paris. Perhaps after seeing this film you’ll feel that yes, life in the past does seems better but, maybe it’s because it is the past. Certainly, years from now, people will look back at today and say, “Those were the good old days.”

In MIDNIGHT in PARIS Woody Allen is relaxed and confident. The rhythms of the editing are perfect.The framing and grouping of the characters is comfortable. The actors are relaxed and confident in their movements. The boyishly bewildered, sheepishly vulnerable all-American charm of Owen Wilson has never been better used.

Woody Allen writes his films himself and directs them with wit and grace. He even charmed the jaded veterans at the Cannes press screenings. 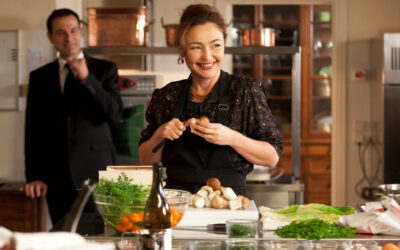 Based on a true story. Hortense Laborie gets the job of a lifetime when the President of France appoints her to be his personal chef at the Élysée Palace…

END_OF_DOCUMENT_TOKEN_TO_BE_REPLACED 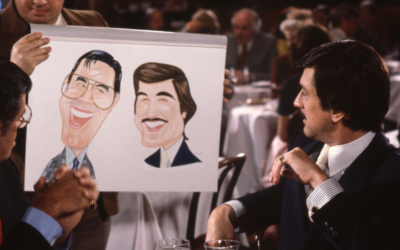 The King of Comedy

The most unusual film Martin Scorsese has ever directed. Rupert Pupkin is a mentally deranged wannabe comic trying to launch his career by appearing as a guest on the “Jerry Langford Show.” He practices his stand-up shtick…

END_OF_DOCUMENT_TOKEN_TO_BE_REPLACED 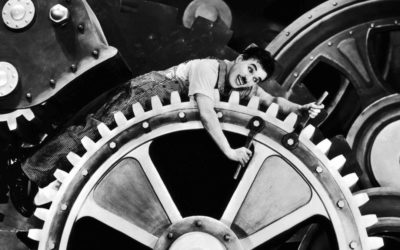 The film portrays Charlie Chaplin in his Tramp persona as a factory worker employed on an industrial assembly line. Frenetically feeding an inhuman machine, he ends up having a nervous breakdown. He is sent to a hospital…