Harold Lloyd (called The Boy) says goodbye to his girlfriend (called The Girl) at the train station as he heads to the big city to become a big success. Once he makes good, he promises to marry her. He gets a job as a salesclerk at the De Vore Department Store.  Unfortunately, things are  not going as expected.. He hides his lack of success from  The Girl by sending her gifts he really can’t afford. Not knowing the truth she feels he now can afford to get married so she takes the train to join him.  Embarrassed, The Boy pretends he is the general manager. The Boy overhears that the real manager is offering $1,000 to anyone who can find a great way to attract people to the store. The Boy comes up with the idea of having a man climb the 12-story building. The Boy recruits his athletic friend Bill to do the climbing and offers him $500. However, Bill, prone to getting himself in trouble, is being pursued by the police. Bill weasels out of doing the climb. At this point it’s up to The Boy to undertake this dangerous challenge. Perhaps this might impress The Girl.

It’s an opportunity to discover a hidden silent film treasure.

The most famous image of silent comedy—Harold Lloyd hanging from the hands of a clock, 12 stories above the streets of Los Angeles—represents only one of the great moments in what could be the most brilliantly sustained comic climax in film history.

Harold Lloyd saved his money, preserved his films, kept them out of release for decades, was unconcerned when his legacy seemed to be falling behind those of the other two geniuses. His granddaughter is currently supervising the re-release of films that were never lost, never threatened with decay or destruction, and essentially look as fresh as the day they premiered. It’s like going to new movies that happen to have been made decades ago.

Harold Lloyd, often referred to as  ‘The Third Genius’ of silent cinema, is seldom mentioned in the same breath as his seemingly immortal contemporaries, Charlie Chaplin and Buster Keaton, despite the fact that he out-earned both of them. Revisiting Lloyd’s fourth feature, his masterpiece, SAFETY LAST! it seems that Lloyd may not be remembered as one of the silent era’s greatest screen comedians in part because he may not have been a comedian at all. Hal Roach, the producer of SAFETY LAST! remarked that Harold Lloyd was the best actor he ever saw playing a comedian.

END_OF_DOCUMENT_TOKEN_TO_BE_REPLACED 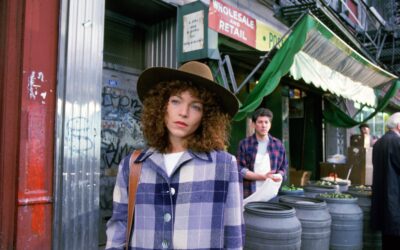