It’s about Augusto and Michaela Odone and their relentless search to find a cure when their  young  son Lorenzo is diagnosed with the fatal disease, ALD. During their research the Odones clash with doctors, scientists, and even members of their support group. They all feel there is no cure for this deadly disease. But the Odones persist. They set up camp in libraries, study animal experiments, badger researchers, talk to influential doctors all over the world, and enlist the aid of the renowned Professor Gus Nikolais. At an international meeting of scientists, Dr. William B. Rizzo reports that adding a special formula of oleic acid to food can block  the factors causing ALD. The Odones are thrilled with this report. They contact over 100 firms to produce Rizzo’s formula. Don Suddaby, an elderly British chemist, is able to do so. The Odones add drops of the the formula to Lorenzo’s food. The progression of the disease is halted. The formula makes worldwide news and is dubbed “Lorenzo’s Oil.” There are side effects and Lorenzo is not totally cured. But he regains his sight, can move his head from side to side, and  can now work on his computer. It’s a testament that “miracles can sometime happen.”

George Miller, the film’s director and co-writer, is also a medical doctor. He is enormously adept in not making Lorenzo’s Oil into another disease-of-the week movie. He wrote and directed the film with intelligence and with an awareness that his viewers are not medical professionals. The result is a film that’s not only easy to comprehend but also a film with a great  deal of compassion.

You may have heard that LORENZO’S OIL is a harrowing movie experience. It is, but in the best way. It takes a heartbreaking story and pushes it to the limit, showing us the lengths of courage and imagination that people can summon when they must. The performances by Susan Sarandon and Nick Nolte are daring too: They play a married couple sometimes too exhausted and obsessed to even be nice to one another. But they share a common goal. They want to save their son’s life.

LORENZO’S OIL is a tough-minded, completely gripping story of Augusto and Michaela Odone, parents who responded magnificently after receiving the worst news conceivable about their child. The film has a brisk, unsentimental style and a rare ability to compress and convey detailed medical data. It also displays tremendous compassion for all three Odones and what they have been through.

This is an astonishing film, both as a medical detective story that sustains taut interest over an extended running time and as a piece of cinema combining unusually resourceful acting and direction. 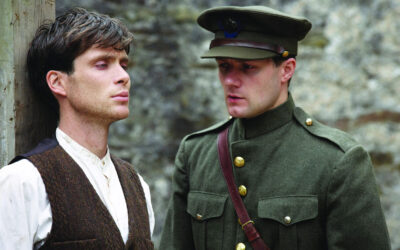 The Wind That Shakes the Barley

In County Cork, Ireland, in 1920, Damien O’Donovan is planning to move to London to practice medicine…