The documentary dives deeply into the personal life, vision, and legacy of Cesar Chavez, focusing on his 1988 thirty-six day fast known as the “Fast for Life.” Chavez was determined to draw attention to how the spraying of crops with pesticides was causing serious illnesses with farm workers, their families, and entire communities. Directors Richard Ray Perez  and Lorena Parlee found never before seen footage of Chavez and his indomitable fight to safeguard the health of the field workers. Chavez’s worldwide image was of a humble, deeply religious man who fought vigorously while shirking threats from  large farm owners.  But, still, he never thought he did enough although his achievements are impressive:  He led striking grape workers on a protest march from Delano to Sacramento; raised workers’ wages; and pushed through the enactment of the California Agricultural Relations Act in 1975.

Don’t let some negative reviews deter you from seeing this documentary. Perez and Parlee display the human side of this larger-than-life union leader who offered his life to the service of his people.

Chavez, a founder of what became the United Farm Workers union, faced brutal odds, as this compelling documentary demonstrates.

An adoring and inspirational portrait of one man’s expression of sacrifice in action.

Producer Todd Douglas Miller and his production team, with the assistance of NASA and the National Archives and Records Administration, discovered unreleased (…)

END_OF_DOCUMENT_TOKEN_TO_BE_REPLACED 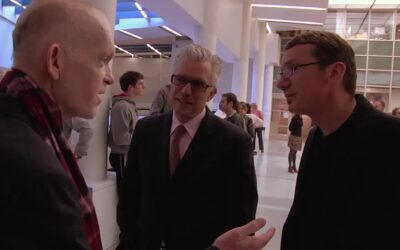 Mark A.Landis was the only son of a globe-trotting military officer and a mother with a love for the finer things…

END_OF_DOCUMENT_TOKEN_TO_BE_REPLACED

Rebecca Miller’s loving documentary of her famous father, Arthur Miller, includes his origins as the son of a Polish immigrant who made a fortune and then lost it all during the Great Depression. Rebecca moves on…