John and Molly Chester followed their dream. When they were evicted from their Santa Monica apartment because their dog would not stop barking, they bought a rundown 200-acre farm forty miles north of Los Angeles. The film chronicles their decade-long attempt to reawaken the farm’s ecosystem. By sheer grit and determination, and with the help of their experienced neighbor, Alan York, they plant 10,000 fruit trees, hundreds of different crops, and bring in animals of every kind including a pregnant pig called Emma and Greasy, the rooster. But problems abound: snails and gophers threaten the crops, coyotes kill many of the chickens, and there are periods of drought. The Chesters persevere. Observation followed by creativity is becoming our greatest ally, the optimistic John Chester keeps repeating.

Recently, a United Nations sponsored study concluded that modern farming practices are speeding the extinction of a million species. These practices are altering the natural world in a way that will drastically impact humanity. In its own modest way, The Biggest Little Farm offers hope and suggests a way forward. Why not work with nature instead of against it?

THE BIGGEST LITTLE FARM becomes a remarkably reassuring film about human and mother nature. Highs won’t last, but neither will lows. The world that the Chesters create becomes incredibly self-sustaining. What are first possible pitfalls become boons, and vice versa. Everything is cyclical. It’s something that could apply to life on an ambitious farm, or probably your life too.

THE BIGGEST LITTLE FARM will revive your wonder at the weird but ultimately awe-inspiring ways in which humans can help nature do its work.

THE BIGGEST LITTLE FARM is one of the year’s best films. It’s the deep, rich story of the Chesters, a pair of hardscrabble idealists who move from the concrete jungles of Santa Monica to start a 200-acre sustainable farm from scratch. Within the confines of their spread are the seeds of an epic movie that was nearly a decade in the making and boasts a cast of thousands (most of them non-human).

Producer Todd Douglas Miller and his production team, with the assistance of NASA and the National Archives and Records Administration, discovered unreleased (…)

END_OF_DOCUMENT_TOKEN_TO_BE_REPLACED

Rebecca Miller’s loving documentary of her famous father, Arthur Miller, includes his origins as the son of a Polish immigrant who made a fortune and then lost it all during the Great Depression. Rebecca moves on…

END_OF_DOCUMENT_TOKEN_TO_BE_REPLACED 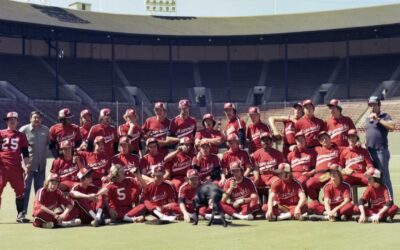