The survival of Virunga National Park in the Congo, the oldest park in Africa, is being threatened. Home to the world’s last mountain gorillas, the park has been invaded by poachers and is being damaged by the brutal civil war. Hope for improvement took a blow with the 2010 discovery of oil in the park and the arrival of SOCO International, a British petroleum company. Using hidden cameras, Einsiedel weaves rare footage of rebel tanks, corrupt palm-greasing, against the lush beauty of the jungle. Andre Bauma, a devoted ranger, fiercely defends the orphaned gorillas in his care; Emmanuel de Merode is the courageous park warden keeping an eye on any wrongdoing; and Rodrigue Katembo is on the lookout for any illegal activities by SOCO. Although oil drilling  in the park is illegal, SOCO is given the green light by the corrupt government. Emmanuel de Merode is furious about this underhanded deal. Shortly before the film’s debut, he is assassinated.

The documentary is extraordinary in depicting the courageous employees who would fight to the death to protect Virunga National Park from short-term plunderers and the oil developers. Their efforts seem so hopeless that some conservationists suggest that perhaps the Congo should return as a colony of Belgium. It’s a sad commentary that pervades throughout this painful film.

Urgent investigative reporting and unforgettable drama, VIRUNGA is a work of heart-wrenching tenderness and heart-stopping suspense.

Showcasing the best and the worst in human nature, director/writer/producer Orlando von Einsiedel’s devastating documentary, VIRUNGA, wrenches a startlingly lucid narrative from a sickening web of bribery, corruption and violence.

Rangers in Africa’s oldest national park try to hold poachers and a powerful oil company at bay. Orlando von Einsiedel’s powerful film VIRUNGA depicts a band of national park rangers as possibly the last line of defense against another foreign rape of the country’s natural resources. 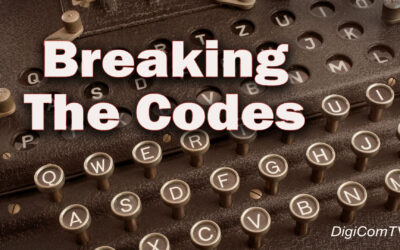 Breaking the Code – The Rise of Enigma

END_OF_DOCUMENT_TOKEN_TO_BE_REPLACED

Breaking the Codes–The Triumph of the Codebreakers

END_OF_DOCUMENT_TOKEN_TO_BE_REPLACED

This documentary is a celebration of the casting profession. Before the emergence of the super-star casting directors like Marion Dougherty…