The film, directed and produced by Paul Greengrass, depicts the horrific massacre of 77 children while on a camping trip on Utoya, an island off Norway. Anders Behring Breivik, dressed in a police uniform, drives a van loaded with explosives to an executive office complex in Oslo. Moments later it explodes. The campers  hear about this terrorist attack and are frightened. Anders arrives by ferry to the island and informs a staff member that he is a police officer  sent to protect the campers. When the head of security asks for ID, Anders shoots and kills both  him and the camp director. Anders then goes on a rampage shooting the fleeing campers. Anders is eventually captured by a tactical team and is interrogated. He asserts that he is the leader of a white nationalist group called the Knights Templar. He requests an attorney, Geir Lippestad, to defend him.  Geir feels  the only defense is to prove that Anders is insane. Anders refuses this strategy preferring imprisonment over being institutionalized. When a surviving camper, Viljar, movingly testifies and describes the killings, the fate of Anders becomes problematic.

The film reminds us how universal and global is the threat from deranged terrorists. Coining a cliché, if it can happen in prosperous, peace-loving Norway, it can happen anywhere.

Greengrass doesn’t go for any big triumphalist moments; he doesn’t make Viljar’s courtroom speech a masterpiece of eloquence. This is a movie about difficulty and necessity. Greengrass’s ever- inquisitive way of shooting and editing is a given, and there were one or two moments, particularly in the more quietly-pitched scenes depicting Viljar alone and struggling, during which I wished the director would have held a shot for a few seconds longer. But this is his style, and he owns it, and he’s used it to make a vital picture.

The film offers glimmers of hope that, amidst the terrible acts of terror around the world, humanity’s belief in freedom and moral decency will prevail. The film’s power stems from its acknowledgement that those times may be with us for awhile, constantly testing our resolve in the face of such evil.

This powerful, must-see film explores several of the lives altered when right-wing extremist, Anders Breivik, went on a deadly rampage in Norway. How could this happen in the heart of prosperous Scandinavia? That’s the subtext. With tenderness and toughness, Greengrass has made a great film about a terrible act. 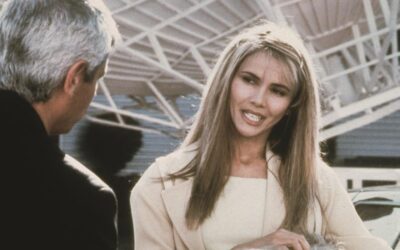