Hiroshima Mon Amour is basically a series of conversations between a French actress (Elle)  and a Japanese architect (Lui). From graphic newsreels, viewers first witness the devastation and the horrors after the bomb was dropped on Hiroshima. Elle and Liu become intimate as they talk about their memories,  forgetfulness, and failed relationships. Hovering over all the talk is the awareness by both lovers of how the bomb affected so many. Lui’s remembrance is more personal. He was conscripted into the Imperial Japanese Army and his family was in Hiroshima on that day. Directed by Alain Resnais.

It’s considered a landmark in cinema history. American film critic Leonard Maltin described the film as The Birth of Nation of the French New Wave.

Director Resnais’ interpolation of actual Hiroshima newsreel footage, of scarred bodies and deformed limbs, forces the viewer to reconcile the documentary horror with poetry. Riva’s performance, chief among the film’s triumphs, is electrifying.

A young Emmanuelle Riva broke through as a star with HIROSHIMA MON AMOUR, Alain Resnais’ exquisitely beautiful and harrowing meditation on war and love. 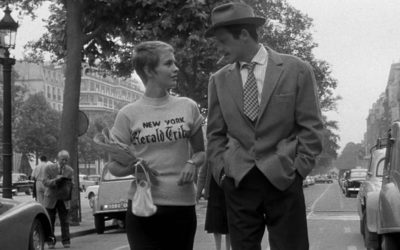 Michel is a misfit who decides to steal a car so he can go to Italy. He is also out of control when he shoots a pursuing policeman…

END_OF_DOCUMENT_TOKEN_TO_BE_REPLACED

Antoine Doinel is a troubled youngster growing up in Paris with a mother and stepfather who do not understand him. He skips school, steals, and…

END_OF_DOCUMENT_TOKEN_TO_BE_REPLACED 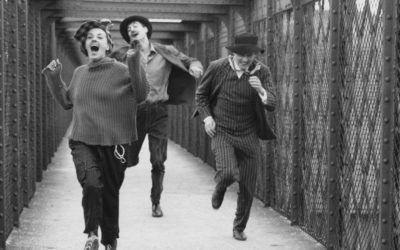 Jules is a shy writer from Austria working on a novel; Jim is a fun-loving, partying Frenchman. And yet, these two opposite personalities become fast friends. They meet the free-spirited Catherine and the three hang out…