Hitchcock states in the opening that every word in the film is true. Manny Balestrero is a musician at New York’s Stork Club. When his wife Rose needs expensive dental work, Manny visits the insurance company hoping to borrow against Rose’s policy.  A staff member at the office identifies Manny as the person who twice held them up. The police question Manny informing him that in addition to the insurance company a liquor store and delicatessen were robbed. After being picked out of a police lineup by an employee of the insurance company, Manny is arrested on charges of armed robbery. Attorney Frank O’Connor sets out to prove that Manny couldn’t be the robber: during the first holdup, Manny was on vacation with his family; the second holdup his jaw was so swollen that this would certainly have been noticed. All this devastates Rose resulting in her hospitalization for depression. During the trial a juror’s remark forces a mistrial. While awaiting a second trial, Manny and his attorney hope that something will come up to exonerate him.

In their 1957 book on Hitchcock, Eric Rohmer and Claude Chabrol, proclaimed The Wrong Man as the director’s supreme masterpiece.They also wrote, “Hitchcock’s work does not embellish content, it creates it.”

The scenario is based on a true event, and Hitchcock tells it with great attention to realism and verisimilitude. But anyone expecting, as a result, a movie devoid of expressive cinematic style, will be pleasantly surprised; this is as fluently styled a movie as Hitchcock ever made.

Few films play so tightly on the contrast between unimpeachably concrete details and the vertiginous pretenses of reality. Hitchcock’s ultimate point evokes terror: innocence is merely a trick of paperwork, whereas guilt is the human condition. 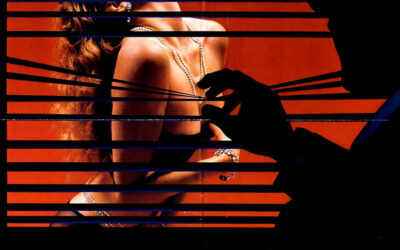