Richard Loving, a white construction worker, falls in love with Mildred Jeter, a black woman and family friend. When Mildred becomes pregnant, they decide to marry. Living in Virginia, they will be violating the state’s anti-miscegenation laws, so they move to Washington, D.C. where their marriage is legal. Mildred is homesick so they decide to move back to Virginia where Richard builds a house not far from Mildred’s family. Sheriff Brooks appears at their home and arrests Richard and Mildred claiming their marriage is not legal in Virginia. They are sentenced to one year in prison but the judge suspends the sentence if Richard and Mildred agree to leave the state. Richard and Mildred move back to Washington, D.C., but they are unhappy. Mildred misses her family and Richard believes Virginia’s anti-miscegenation laws are unjust. Mildred writes to Attorney General Robert Kennedy for help and he refers her to American Civil Liberties Union lawyer, Bernard Cohen. The case eventually winds up in the Supreme Court. Cohen asks Richard if he has a message for the justices. Richard replies, “Tell the judge I love my wife.”

There was a time many Southern states did not allow interracial couples to be legally married. So, the  only crime Richard and Mildred  committed was they fell in love and got married. Since this was illegal in Virginia, where they lived, they decide to sue. The case goes right up to the Supreme Court. Waiting to hear the Supreme Court decision is an incredibly tense moment in this unforgettable film.

Rarely has the oppressive, every-minute-of-every-day atmosphere of the impact of racism been captured as it is here. It is like the dust in the air or the crickets at night–always there.

Sometimes a movie speaks loudest when nobody raises a voice. I can’t remember a single scene of fierce denunciation, fervid declaration of righteousness, act of violence or shouting match in LOVING. Yet it lands with as much impact as any movie you’ll ever see.

There are few movies that speak to the American moment as movingly–and with as much idealism—as Jeff Nichol’s LOVING, which revisits the era when blacks and whites were so profoundly segregated in this country that they couldn’t always wed. It plucks two people, an interracial couple, from history and imagines them as they once were, when they were people instead of monuments to American exceptionalism. It was, the movie insists, the absolute ordinariness of their love that defined them, and that made the fight for it into an indelible story of this country.

Even if you know how it ends, LOVING is an engrossing and delicate drama.

The Globe and Mail 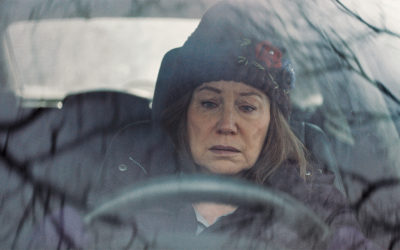 Diane is generous and thoughtful of others: she regularly visits her terminally ill cousin, Dottie, in the hospital, works in a soup kitchen feeding and nurturing the poor…

END_OF_DOCUMENT_TOKEN_TO_BE_REPLACED 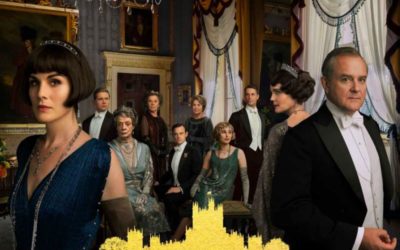 The story takes place in 1927. Robert Crawley receives a letter from King George and Queen Mary that as part of their royal tour of the country, the King and Queen would like to stay over at Downton Abbey…

END_OF_DOCUMENT_TOKEN_TO_BE_REPLACED 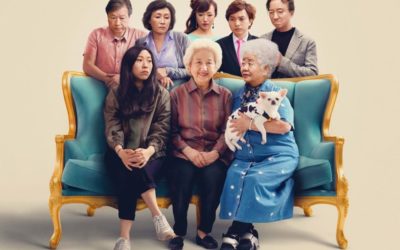 Chinese-born, New York-raised writer Billi Wang, maintains contact with her grandmother, Nai Nai, who lives in Changchun, China. Her parents, Haiyan and Lu Jian, inform Billi that Nai Nai has been diagnosed with terminal cancer and has only a few months to live…

END_OF_DOCUMENT_TOKEN_TO_BE_REPLACED

Get weekly recommendations on the best TV shows and movies