“Mindhunter” is about two FBI agents, Holden Ford and Bill Tench, and the psychologist Wendy Carr, who work in the FBI’s Behavioral Science Unit at the FBI Academy. Their job is to find out why these serial killers committed these monstrous crimes. What are the psychological factors?  Season One is set between 1977 and 1980. In these early years  the FBI was just beginning to study criminal psychology and profiling. The major case is that of killer Edmund Kemper. Season Two spans the period 1980 to 1981and covers serial killer Wayne Williams and the Atlanta murders. The focus is to try and find out how a serial killer’s mind works. What made him do it?

You may ask why would anyone watch two seasons (19 episodes) of the most ghastly serial killers in recent times? But the series delves more into the psychological factors that drive these people to commit such horrifying crimes. Holden Ford and Bill Tench are agents working in the FBI’s Behavioral Science Unit. They study these murderers in order to understand how they think. What they find out may give them the knowledge to solve ongoing cases. It’s a controversial series raising the burning question: Should these monsters be kept alive and studied or should they simply be executed? See “Mindhunter” and decide for yourself.

With “MINDHUNTER,” director David Fincher leisurely investigates the birth of evil. The film is a conversational exploration of criminal behavior that could become an origin for modern American madness.

Based on the work of the FBI agents who pioneered criminal profiling, David Fincher’s new slow-burn thriller will reward those with the patience to sit back and discover the men behind the monsters.

Creator Joe Penhall and his team of writers and director David Fincher look at the ghastly business of serial killing while also offering up some sympathetic human drama. “MINDHUNTER” is a show about process and, to some extent, science. It’s about how researchers and investigators began to deepen and complicate their, and thus our own, concepts of criminal pathology.

END_OF_DOCUMENT_TOKEN_TO_BE_REPLACED

On April 26, 1986, a safety test at the Chernobyl Nuclear Facility indicated  something was very wrong. Valery Legasov, an important Soviet nuclear physicist…

END_OF_DOCUMENT_TOKEN_TO_BE_REPLACED 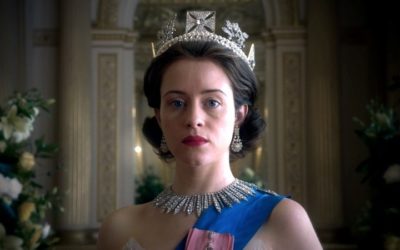 “The Crown” is an epic historical drama that will eventually run for ten seasons. The first three seasons can now be streamed…

END_OF_DOCUMENT_TOKEN_TO_BE_REPLACED

Keep updated by subscribing to our newsletter.