Following the death of his father, Oliver reflects on their final five years together. In a series of flashbacks, Oliver’s father, Hal, confesses  he’s gay and has become active in the gay community while  enduring terminal cancer. Hal begins a relationship with a much younger Andy and at the same time reaches out to Oliver. They are able to bond. After Hal dies, Oliver, a struggling artist, meets Anna Wallace, a French actress. With his new outlook on life and romance, Andy decides to pursue a more lasting relationship with Anna.

Beginners is autobiographical, based on director Mike Mills’ experiences after his father confessed to being gay following his mother’s death. With this background, Mike Mills has extracted incredible performances not only from Oscar-winner Christopher Plummer, but from every cast member.

It is tonally elusive, cerebral and subdued, but this is a film with a healthy IQ.

The performers are charming, particularly Ms.Laurent and Mr.Plummer, with his killer eyes (still seducing after all these years) and a voice that echoes in your ears.

The sumptuous film, based on Cuarón’s own childhood, reverberates not only with innocence but with the awful intuition of its collapse.

END_OF_DOCUMENT_TOKEN_TO_BE_REPLACED 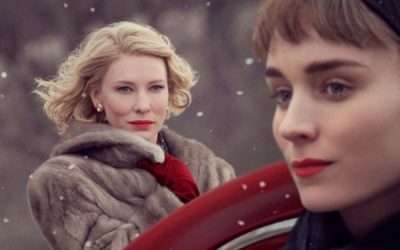 While working behind the counter in a fashionable Manhattan department store during the Christmas season, aspiring photographer Therese Belivet meets an upper-society customer, Carol Aird…