On the Eastern Front during World War II, Private Alyosha Skvortsov single-handedly destroys two attacking German tanks. The commanding general wants to award Alyosha  a citation. Alyosha asks the general if in lieu of the citation he could visit his mother and fix her leaking roof. The compassionate general agrees on the condition  Alyosha returns in six days. Alyosha’s comrade, Private Pavlov, asks him to deliver two bars of soap to his wife who happens to live in Alyosha’s town. At the train station Alyosha helps and encourages Vasya, a soldier who lost his leg in the war, who is fearful his wife will reject him. Alyosha beams as he sees the soldier’s wife embrace her returning husband. Hitching a ride on a freight train, Alyosha encounters Shura, a frightened young woman also heading home. They share many close calls dodging the train guards but also manage to fall in love. However, they part at the train terminus, each going their own way. Alyosha delivers the soap to Pavlov’s wife but is shocked to find out she married another man. Alyosha finally arrives home but the six-day deadline permits him to spend only minutes with his mother. With a last embrace he leaves. His tearful mother vows to wait for his return. The voiceover at the end of the film says, “He could have gone far in life if he had lived; he will always be remembered simply as a Russian soldier.”

Ballad of a Soldier is a  great Soviet film that depicts so humanely the damage done to small-town people living through World War II.

The soldier encounters small adventures, yes. But in the context in which they have been arranged by Grigori Chukhrai, who directed and helped write the script, they become the moving episodes, the stanzas, in a profound and cumulative lament for the disorder, the grief and the frustration of people borne down upon by war. It is with such lyric touches that the deathless beauty in the tragedy is traced.

This true story is set in South Africa during the Second Boer War (1899-1902). The Boers were Dutch colonialists and their descendants who were battling the British for more control and influence in South Africa…

END_OF_DOCUMENT_TOKEN_TO_BE_REPLACED

In 1942, during World War II, Hitler launched his submarines (U-boats) in the Atlantic with the mission to destroy English merchant shipping and starve the English people. And thus began what is known as the “The Battle of the Atlantic.” However, in time, Britain and the U.S. were able to destroy many of the submarines by protecting merchant ships with destroyer escorts, using breakthrough radar technology, and dropping depth charges when submarines were spotted…

END_OF_DOCUMENT_TOKEN_TO_BE_REPLACED 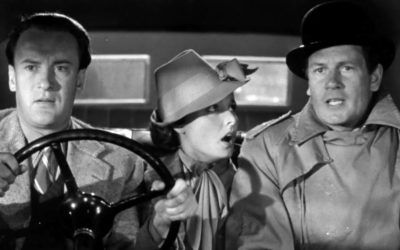 August 1939 is a month before Europe became engulfed in World War II. Mr.Powers, the editor of the New York Morning Globe is fed up with the inability of his celebrated reporters to get…