After the capture of Adolf Eichmann, one of the most  elusive and hated Nazi criminals, William Shawn, editor of The New Yorker, assigned Arendt to cover the trial in Jerusalem. Observing the riveting trial, Arendt is struck by how ordinary and mediocre Eichmann is, not the scary monster most people imagined. She comes to the conclusion that Eichmann was a simple bureaucrat following orders.  Her series generated intense controversy and hatred toward Arendt. Her only supporter was her loyal friend  writer Mary McCarthy. What pained Arendt the most was the falling out with close and dear friend Hans Jonas. But Arendt did coin a phrase, when writing about the trial– she called it “the banality of evil.”

For sure this film will create controversy and even severe arguments, but just short of a fist fight. But, also for sure, this film will mesmerize and haunt you.

Watch on Amazon
Watch on Vudu

To make a film about a thinker is a challenge; to do so in a way that is accessible and gripping is a triumph.

The movie turns ideas into the best kind of entertainment. Its climax, in which Arendt defends herself against critics, matches some of the great  courtroom scenes in cinema and provides a stirring reminder that the labor of figuring out the world is necessary, difficult and sometimes genuinely heroic.

The film is true to Arendt’s stubborn vision, as it portrays her inner, personal conflicts with a nuanced touch.

END_OF_DOCUMENT_TOKEN_TO_BE_REPLACED 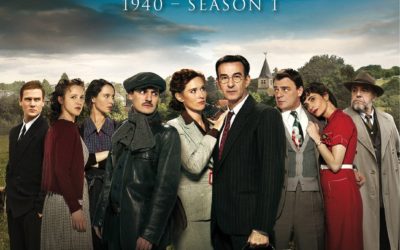