The Settling of the American West

“Do not get lost in a sea of despair. Be hopeful, be optimistic. Our struggle is not the struggle of a day, a week, a month or a year. It is the struggle of a lifetime. Never, ever, be afraid to make some noise and get in trouble, necessary trouble.”

The American West was explored by Lewis & Clark between 1803 and 1806. Their heroic achievements were followed by a huge emigration from around the world: adventurers, pioneers, and settlers, all searching for  better lives. From soil enriched by their blood came wheat fields, orchards, and lumber. Their hopes and successes were legends that inspired their children and their children’s children.   From their crude settlements and trading posts came cities that now rank among the greatest in the world.

Here are four fabulous films that depict this wondrous period in American history. 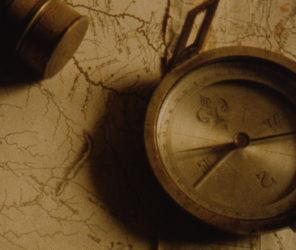 President Thomas Jefferson seized the opportunity when France, desperate for money to finance its war against Britain, offered to sell the huge land west of the…
READ MORE 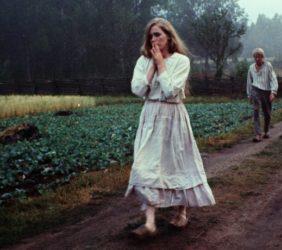 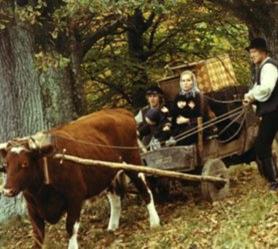 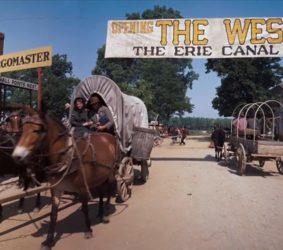 ​How the West Was Won

Set between 1839 and 1889, the film follows three generations of families (starting with the Prescotts) as they moved from western New York all the way to the Pacific…
READ MORE

Aug 14: Platform TBD. The Personal History of David Copperfield. Dev Patel in a reimagining of the classic Charles Dickens novel through the comedic lens of Armando Iannucci.

Sep 04: Disney+. The Beatles: Get Back. A documentary that chronicles the Beatles recording of their 1970 album, Let It Be.

Sep 25: Netflix. The Trial of the Chicago 7. Aaron Sorkin directing the seven men charged with conspiracy during the anti-Vietnam war protests.

Nicole Pajer wrote a nostalgic, sentimental article in PARADE Magazine entitled: “Drive-Ins: An American Treasure.” She reminisced that drive-ins in the 50s were considered as much  an American pastime as baseball, hot dogs, and apple pie.

The first drive-in was created in 1933 by Richard Hollingshead who was compelled to find a way to accommodate his overweight mother who could not fit in a theater seat. He strung a white sheet between two trees and placed the projector on the hood of his car. Admission was 25 cents per car load. The peak was reached in the 1950s when there were some 5,000 drive-ins. They were so popular  in 1952 their attendance exceeded that of indoor theaters.

As the years went by, cars became smaller, color televisions and VHS became mainstream, and drive-ins, with their abundant land, were purchased by urban developers.

In recent months, with the spread of COVID-19, drive-ins are beginning to make a comeback. In addition to health factors, people are yearning to experience the past and to introduce the younger generation to the drive-in experience. Olivia Newton-John is thrilled that one of her childhood experiences is having a revival. “It was such fun watching a film under the stars.”